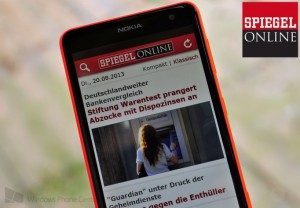 How did Berlusconi — a man who in most other countries would have long ago been politically dead — manage to orchestrate such a political drama? In large part, the answer comes back to taxes. In threatening to bring down the government under the guise of his opposition to a property tax and a planned increase of value-added tax (VAT), Berlusconi attempted to play to Italians’ deep disdain for the country’s tax code.

“The tax evader in Italy is a hero. Tax evasion is the ultimate form of tax revolt,” says Leonardo Facco, founder of the Friuli-based Libertarian Movement. Facco, who was formerly a leader within the populist Northern League party that has been aligned with Berlusconi’s People of Freedom party, believes the Italian tax system is “characterized by a bureaucracy and zany collection system worthy of the worst medieval extortionists.” While Facco suggests Berlusconi’s tax stance is built on rhetoric rather than substance and that he is not a true economic liberal, he concurs with Berlusconi’s position on the VAT and property tax. “They are robbery,” says Facco.

1. Can you broadly explain your political Movement: Where you are based, when and why you founded the Movement, and it what the broad goals and objectives are?

The Libertarian Movement was founded in 2005. Our registered office is in Friuli, near Venice, but we have members and supporters throughout Italy. The main purpose of the Libertarian Movement is to bring out the state from the lives of the citizens, fight the tax – which is a steal and a real form of aggression – restore the centrality of individual freedom and spread the teachings of the Austrian School of Economics .

2. More specifically, what is Movimento Libertario’s stance on the the Italian tax system? Is the tax code fair? Or should it be reformed–and, if so, how?

The Italian fiscal system is simply criminal. In Italy, the tax is equal and even higher than 70% of what you earn. The Italian tax system should be reformed in order to be fully demolished, Is characterized by a bureaucracy and a zany collection system worthy of the worst medieval extortionists.

3. What is the Movement’s view on tax evasion in Italy? Why is tax evasion so high? Is this a legitimate form of protest against the system, or should the government do more to crack down on tax evaders?

The tax evader in Italy is a hero. I am not referring to fraudsters by profession, but those who seek to defend the fruits of his labor from the clutches of the state, which is only capable of wasting money. Tax evasion is the ultimate form of tax revolt that peaceful taxpayers. The Italian tax evasion is not different from tax evasion to other European countries.

4. What political parties is Movimento Libertario associated with?

With no political party, not by our choice, but for the fact that others will consider us too radical. Moreover, in Italy no political party will ever reform. We are, however, strict in practice the teachings of the doctrine of merocan anarcho-capitalist philosophy. The State is our enemy.

5. How does Movimento Libertario engage with formal politics in Italy; does the Movement plan in the future to run candidates in local or national elections?

The Libertarian Movement conducts its political battle by adopting the tax resistance and civil disobedience. The Libertarian Movement was not born to participate in elections of any kind. What is acceptable to us, however, are endorsment operations of some of our items in other parties. The democracy is another face of the violence of the State or organizated groups.

6. Lastly, what is Movimento Libertario’s stance on the recent political drama in Rome. Was Mr. Berlusconi correct to ultimately throw his support behind Prime Minister Letta and the grand coalition, or should he have pushed for the dissolution of the coalition and new elections? On a related note, where does Movimento Libertario stand regarding the VAT tax and property tax that were being debated?

What happened in Rome, with Berlusconi, Letta and his politcal groups, is not a “political drama”, but a “Italian comedy” in which clashing interests of collectivist economic powers of nature, to which lower taxes does not affect anything. What does Movimento Libertario think about VAT and property’s tax? They are a robbery! 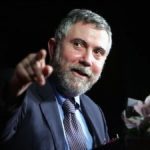